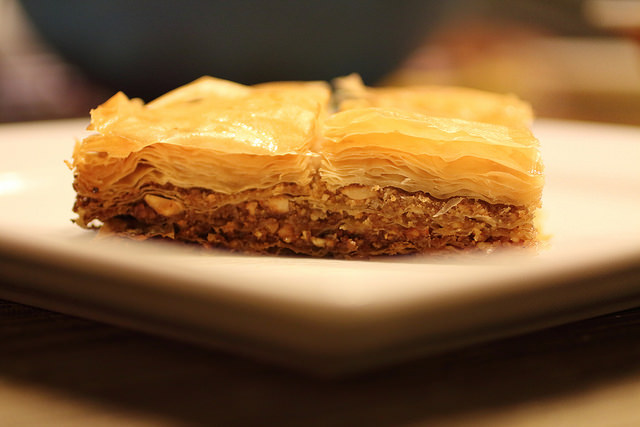 Yia Yia’s Bakery may serve Maryland today, but it actually has roots in Greece. That’s where its namesake Yia Yia (grandmother) grew up. She spent her early years learning how to bake, so by the time she immigrated to the U.S. when she was 16, she was already a force in the kitchen. She proved that she was a force in the business world, too, when she started baking up traditional treats to sell to markets and eateries around the area.

Now many years later, the original Yia Yia’s family carries on the tradition of baking at Yia Yia’s Bakery. They honor their matriarch by crafting classic pastries such as baklava and melomakarona (a Greek honey cookie) along with American sweets such as doughnuts and cinnamon buns. The bakery also offers deli fare for lunch, such as Yia Yia’s Big Fat Greek panini. It’s stuffed with chicken, feta cheese, roasted red peppers, tomato, and onion.